Together with the students, we annually implement large-scale national projects that help Ukrainians acquire new skills, learn about the country and its traditions, and see that they can make a difference. 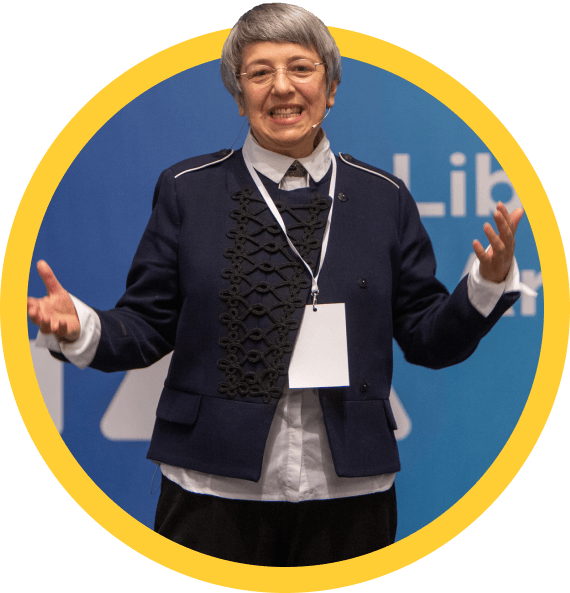 Uncounted since 1932: We speak to millions of people about the Holodomor!

"Online-restaurant" and Holodomor is a combination that surprised and even shocked Ukrainians. The dishes on the website are beautifully served on plates with modern serving, and in the "menu" are spooky dishes like straw loafs, flat fathen cakes, mash from tree bark. This is a multimedia project. The meals cannot be ordered, but you can find out the price. And these are the saved lives of hundreds of thousands of Ukrainians.

The project "Uncounted since 1932" only in 2020 was seen by at least 4 million people from Ukraine and worldwide. Thousands of them signed a petition to include the word "Holodomor" into English dictionaries.  The "Uncounted" became an online continuation of the eponymous street pop-up restaurant with Holodomor dishes, which was created in 2017 together with the "Gres Todorchuk PR" agency. The Brussels campaign in 2018 was marked by three Effie Awards as one of the most successful communication campaigns in Ukraine.

Dobrodvizh: We encourage Ukrainians to do thousands of good deeds.

Take an animal from a shelter, become a blood donor, bring food to an elderly and 50 other acts of kindness options — the "Dobrodvizh" project showed Ukrainians that doing good deeds is easy.

Students have created the first Ukrainian telegram-bot, that helps find opportunities for volunteering and implement useful initiatives for society easily and interactively. In this way, students spread the culture of volunteering and countablity in Ukrainian society. The project has been running for two years, brought together about two thousand participants and even received its mini-sequel in the initiative "Dobrodvizhyky Kids" — a marathon of good deeds for children aged 10-14.

"Dobrodvizh won the competition "Public Perspective: Transparent Government, Active Community", that is why it is supported by the Department of Public Communications of the Kyiv City State Administration.

МенторZ: We teach mentoring to young people — the profession of the 21st century.

The Academy was the first in Ukraine to develop a culture of mentorship. Within the framework of МенторZ we conducted lectures and trainings on the art of empathy, feedback and active listening, self-analysis and goal-setting skills, the ability to find an inner resource, the features of teenage psychology.

With the support of the US Embassy in Ukraine, we have created such unique events as Boot camp, School of Mentors and a free video course, arranged a handbook on mentoring. 1200 participants from all over Ukraine joined the project.

Derzhavotvorets: We show young people how they can affect the country.

Young people aged 20-25 from all over Ukraine are taking a two-week course: they study at lectures, trainings, seminars and visit public authorities, international organizations, companies, NGOs, and the media.

Young Ukrainians get a unique experience as throughout the day they accompany the head of the institution at all meetings. They can learn about state formation from the first persons, ask them questions and offer their own solutions. Graduates of the "Derzhavotvorets" can be selected for a full internship in the central government and local government bodies, and later get a job there. 650 young Ukrainians have already tried themselves in the project.

"Derzhavotvorets" is a joint project of the Academy and the Ministry of Youth and Sports of Ukraine. The partners of the program are also the Secretariat of the Cabinet of Ministers of Ukraine and the USAID Support to Anti-Corruption Champion Institutions "Interaction" (SACCI).

Liberal Arts: We share with teachers the experience of working with young people.

We have created an alternative educational program for teachers from all over Ukraine who are ready to make changes. It is an intellectual platform that helps teachers to become leaders, to spread the model of lifelong learning and to encourage teachers to join the reform of the education system from the inside. Among the speakers, there are ministers and ex-ministers, journalists, and publishers.

Vertep-Fest: We engage the whole country in Christmas traditions.

Students bring the spirit of Christmas to the residents of eastern Ukraine, singing carols in Donetsk and Luhansk regions. Every year, young people make more than a hundred costumed performances about the history of the birth of Jesus Christ.

This project started in Kharkiv jointly with the "Kharkiv with You" Charitable Foundation, where in 2020 the country's largest nativity show took place. During the lockdown, students performed nativity scenes in the Silpo supermarket chain.

WIM was implemented by all the Academy Centers in the regions in adjusted formats.  Project participants of had practical classes, meetings with successful people, creative evenings and expeditions; they created project ideas. In 4 years  about 1500 high school students from all over Ukraine joined WIM.

Pidiom: We teach leadership and project management to children from villages.

Equipment of school grounds, creation of an eco-workshop or a robotics class — such ideas are implemented by schoolchildren in their villages thanks to the project "Pidiom" (Get up), which is supported by Astarta Kyiv.

Every year children from villages in Khmelnytskyi, Vinnytsia, Poltava, Ternopil, Cherkasy, Kharkiv, and Chernihiv regions develop project management skills. For the last 4 years, the graduates and the Academy team have helped students to look for project ideas, form a budget, find teams and resources, as well as present their ideas.

More than 560 participants have already completed the program.

ULA Camp: We offer teenagers to step into the shoes of students of the Academy.

ULA Camp is a demo-Academy for teenagers aged 14-16. In 7-9 days young people can try all the complexity of our program. Participants listen to lectures from reputable experts in psychology, HR, philosophy, management and communications, communicate with mentors, play sports, go on an expedition and implement their own small project.

This year was the first time we have implemented such an offline personal growth intensive. 70 participants took part in two sets of ULA Camp.

Want to join the Academy?